Rabbi Chanan Feld was a towering fixture of my childhood—my friend’s father, and my father’s friend. He had the cuddly torso of a teddy bear, the magical beard of a wizard, and the twinkling eyes of a rebbe. This is how I remember him.

Chanan was a mohel, trained in brit milah – Jewish ritual circumcision. He was the best mohel I’ve ever known. I’ll never forget when he performed the procedure on my younger brother. I wanted to punch him in the throat. And when he opened his mouth and spoke to us afterwards, I wanted to hug him with every fiber of my being. That’s how easy it was to see that he cared.

I remember the time he was driving our carpool home from school. “Quick, don’t look to the left.” Of course, what do all the children in the 15-seater van do? We all look to the left. After some silent moments of puzzled scrutiny, we looked away from the windows and said, “But Rabbi Feld, there’s nothing there!” With his trademark wry smile, he replied, “Oh, that’s OK. There was something you should not have seen on the right.”

He dressed in the garb of a Chabad chassid and lived in “Berzerkeley,” California, a city garbed with iconic radical political tradition. But that wasn’t all that was surprising about him. From the way he spoke, carried himself, led the Hallel prayers on Jewish festivals and taught Torah daily, you would have thought he was some scion of a multi-generational Chassidic dynasty. But he had been raised humbly as Cary Feld on the north side of Chicago.

Before he began working for tips (how he scorned that “brit joke”), Rabbi Feld had played soccer semi-professionally in the NCAA Soccer league. Under his goalie-ship, the Indiana Hoosiers had made it to the 1976 NCAA finals. His coach Tom Yeagley called him the man with the golden hands. His skills were lauded in the New York Times and Sports Illustrated, and he was even offered a spot in a professional league. 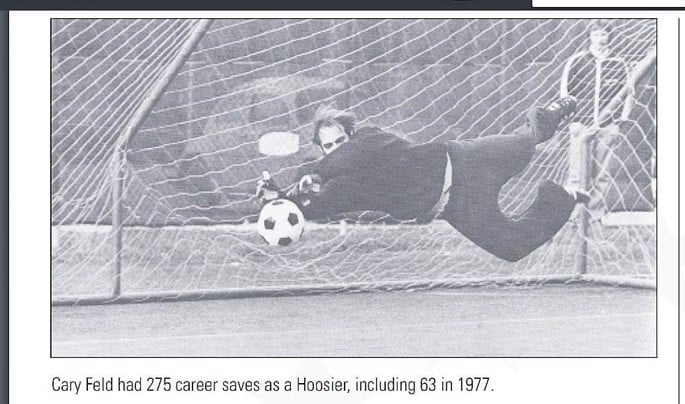 Then one day – through Divine serendipity – he walked through the doors of the Berkeley Chabad House and asked Rabbi Ferris, “Is anybody here studying Torah?” It was 1981. Rabbi Ferris recalls thinking, “We got a live one!” though the rabbi didn’t realize at the time how “alive” Chanan would become. Years later, when asked by his son Daniel if he ever had regrets about not pursuing the professional soccer path, Rabbi Feld replied that once he found the world of Torah, he never looked back, not even once.

Soon after he began studying Torah with Rabbi Ferris, Chanan met his bride-to-be at a Chabad event, moved to Kfar Chabad, Israel, to study Torah, and eventually returned to settle in Berkeley, where, many years later, his own firstborn son ended up marrying Rabbi Ferris’s daughter. As my mother taught me, “They say it’s a small world. But it’s really a big G‑d.”

But let me cut this saga short. (Another “brit joke.” I hear Chanan groaning). I said before that he was the best mohel I have ever known. I wasn’t the only one to give him that title. The 8,000 circumcisions he conducted over his 20-year career speak for themselves. In fact, as word spread of the kind and talented (and quick! don’t blink or you might miss it) mohel, calls came from Hawaii, Alaska, the cannabis-growing forests of Northern California, and other far-flung corners of the country. And Rabbi Feld would be there, ready to do a bris for any Jewish baby.

Rabbi Feld was steady with the hand and soft with the voice. He was a storyteller par excellence; I was enthralled by the stories of the many unconventional circumcisions he had done. But Chanan was more than just a mohel. His agenda was to bring spiritual warmth to those in need, whoever they may be.

Once, after doing a brit milah at the home of a single mom, he noticed that there was no food in her refrigerator. He had brought along a friend to be the sandek and asked him to stay with the mother while he left for a short while. Leaving his black, leather medical bag in the woman’s apartment, Chanan left and returned half an hour later, his arms laden with food and groceries. 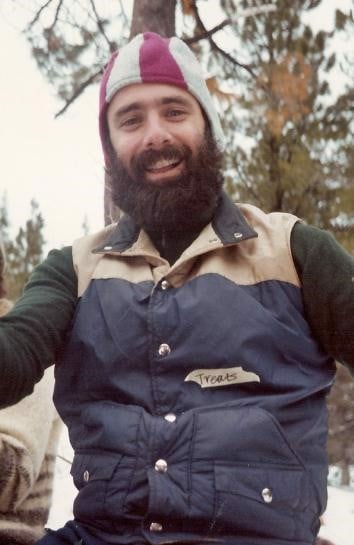 “A homeless man came to our house asking for money,” his daughter Rachel remembers. “Abba [Daddy] had no money on him, so he took the man in his car to a nearby ATM machine to give him money.”

He was a Torah scholar and spiritual mentor to hundreds. He always had a sefer (Torah book) in his hand or, as he crisscrossed Northern California doing brit milahs, a cassette player blaring some Torah-tape or complex analysis of Scripture. He was a road sage and his “holy of holies” was a beat-up old blue Honda civic. He saw himself no different to anyone else, and once signed a letter, “from the Jew who loves you, Chanan.”

Feld did not go looking to become a mohel, it came to him. He was often the first Torah-observant Jewish man many of the families he visited, and their guests, had ever met. His trick for putting people quickly at ease was to exude love. He often traveled with mezuzot in his trusty black bag, to put on doors of homes that didn’t have any. Many of the families called upon him later in life during their times of crisis and joy.

“He was just pure goodness,” Rabbi Ferris told Jweekly magazine in 2009. “He touched more people in the community than anyone else.” The Feld Shabbat table was a mosaic of Jewish life, with guests from all over the world and from all different backgrounds.

He co-founded the (now-defunct) popular East Bay center for Torah study, Beit Midrash Ohr HaChaim. And he taught me my favorite Torah teaching about Purim, the one I’ve since repeated to everyone else.

I’ll never forget how it happened.

It was the night of Shavuot, when we stay up all night and study Torah. So the Jewish Community Center in North Berkeley hosted an all-night Torah-learning program with guest speakers, workshops and classes. One of them was being offered by Chanan. My father brought me along as he made the three-mile trek, across town to attend.

I was young at the time, maybe 11 or 12 years old. I don’t remember the topic or even the title of his class. All I remember is one snippet towards the end (once again, I hear Chanan groan). Rabbi Feld started talking about the story of Purim. After reviewing the basics of the story behind the holiday, he concluded, “So G‑d saved us from the plot of the evil Haman and everyone lived happily ever after. Correct?” Everyone in the audience responded in the affirmative.

I racked my mind. Who is he talking about?

Chanan leaned forward in his chair. He stroked his magical beard. He paused the perfect beat before giving us the answer. “It was Esther,” he said. “She never got to return home to her family. She remained imprisoned, as Rava teaches in the Talmud, Megillah 14a, as a servant of Achashverosh, all the rest of her days. And she did it all for five minutes.”

I straightened up in my chair. So did everyone else. Chanan continued, “Sometimes, redemption can happen in five minutes. Redemption for you. Redemption for the other. Redemption for the entire world.” Chanan closed the sefer (holy book) he was teaching from, and kissed it, as he concluded his lecture. “Esther willingly gave away the joy of the rest of her life for those five minutes when she entreated the king and brought redemption to her entire people. Don’t give up your life in death. Give away your life in service. That’s a Queen. That’s a heroine. That’s why the entire Megillah is attributed to her name. She teaches us that we too can change the entire world—even the lot of our destiny—with just five minutes.” Although he used no microphone, Chanan’s full-throated voice could be heard throughout the lecture hall.

He tragically passed away less than a decade later after a terrible battle with throat cancer. He was 53 years old. As his body was lowered into the ground on Mt. Olives in Jerusalem, the heavens opened and cried. There are moments in life when words are of no use. At that moment, the rain poured down upon us and I stood silently next to my father, who had never been to the Holy Land, as we escorted his beloved friend to the end.

Chanan was more then a friend, he was a luminary.

He definitely changed mine.